Amadeus Holdings AG has signed an agreement with IFSC to develop the next phase of their Marketing and Communications plan. This will set the platform for a centralized plan for sponsorship, brand development and communications.

“Competition Climbing is continuing to see growth on most of the continents, and we need to take our organizational structure and planning to the next level” said Marco Solaris. ”We have previously worked with Dragana Clarke on the OMGA project in 2007 and we felt it was the opportune time to re-engage. We are committed to seeing the development and the growth of the sport continue in the World Championship events and the World Cup series and the growth in new markets Asia, Oceania and South America regions.”

About the IFSC
The IFSC was created unanimously by its members on January 27th 2007 and is a continuation of the International Council for Competition Climbing which has been in existence since 1997. On December 10th, 2007, the IOC granted the provisional recognition to the IFSC, welcoming sport climbing into the Olympic Movement. The number of members is now 76, over the five continents. The sport has gained credibility not only because of its spectacular competitions, but also for its social values, witnessed by its introduction as a curricular-scholar sport in many countries, and special programs that are under study for disables and other disadvantaged individuals. The quick development and growth, now also registered in many developing countries, prove that this sport can be proposed as an alternative, young, spectacular activity to people of all ages, everywhere. On February 12th, 2010, the IOC granted the definitive recognition to the IFSC, that is now part of the Olympic Family. The IFSC is also a member of Sport Accord. 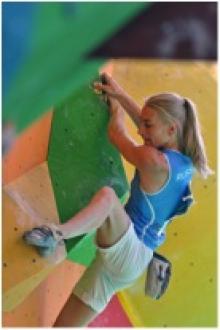